"Typically the homes we build are the homes our clients have worked all their lives for, the dream home they've always wanted. It's an honor to build a space that means so much to a family. Every home we build is unique to the family we are creating it for."
Ricky Edgerton
PRESIDENT

Edgerton Contracting Inc. is a Class "A" licensed building contractor based in Yorktown, VA.

President Ricky Edgerton has been in business for two decades. Ricky’s style is very unique and he tries to incorporate it every chance he gets. We don’t limit ourselves to anything and we always try to go above and beyond for our homeowners so they feel as if their house has that “extra special” touch to it.

Ricky is a two-time past president of the Peninsula Housing and Builders Association (PHBA) and has been an active board member. He also stays very active within his community. 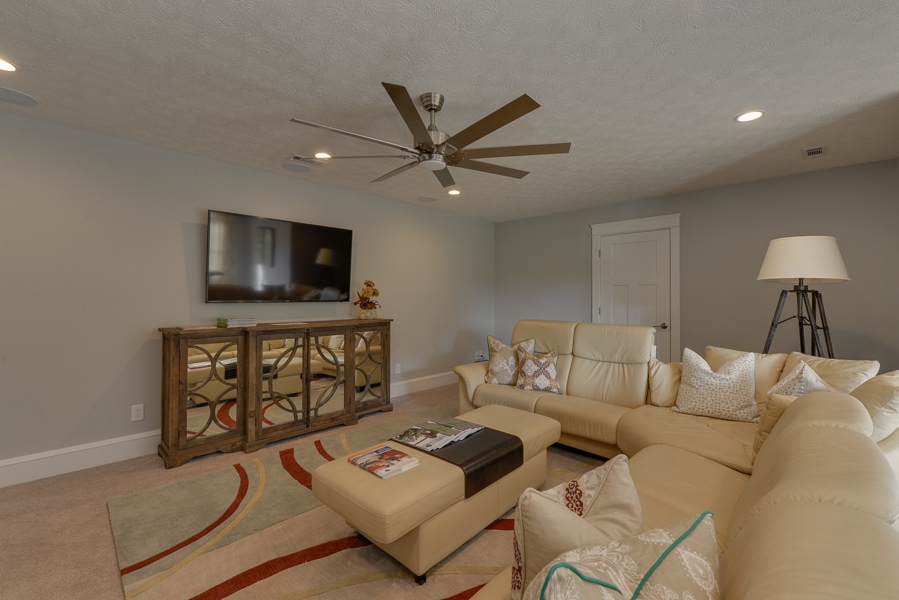 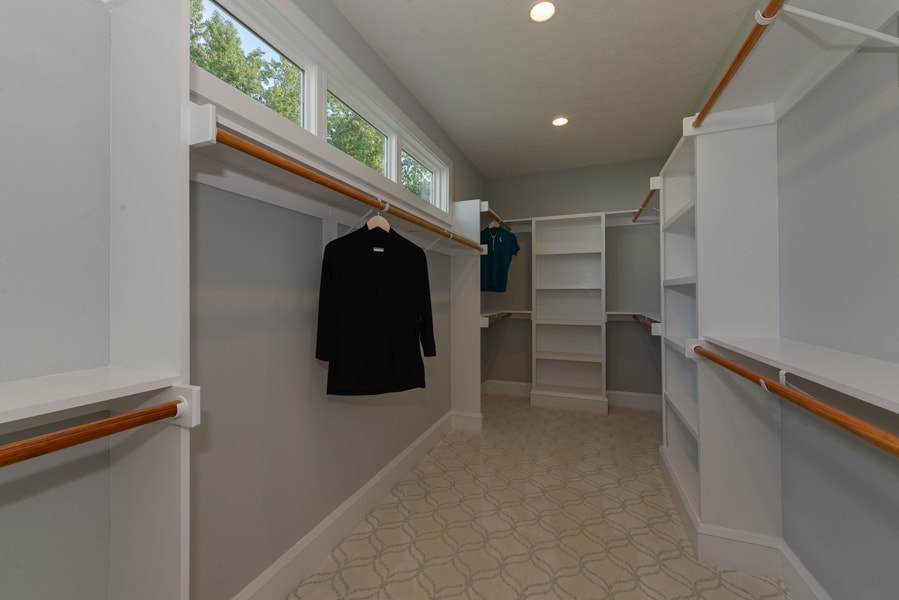 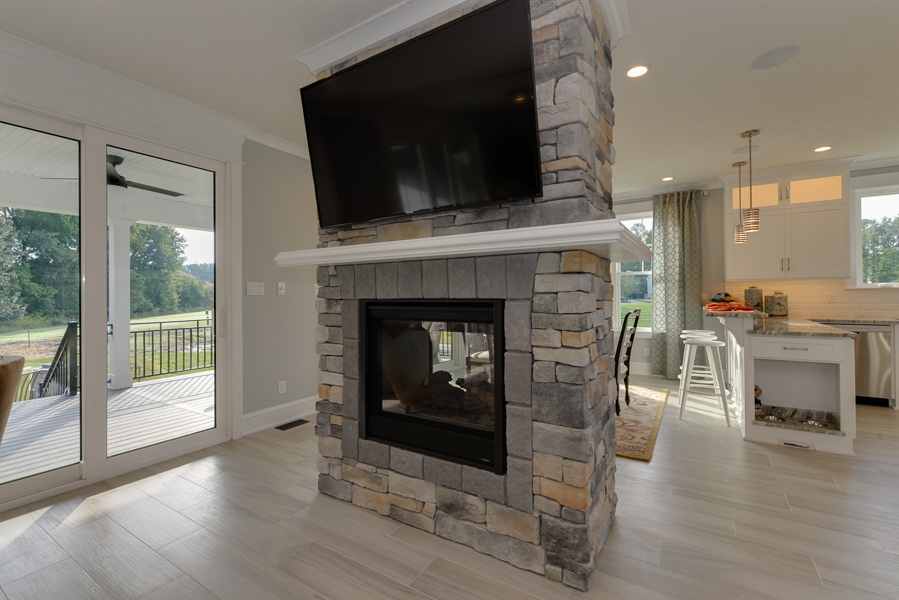 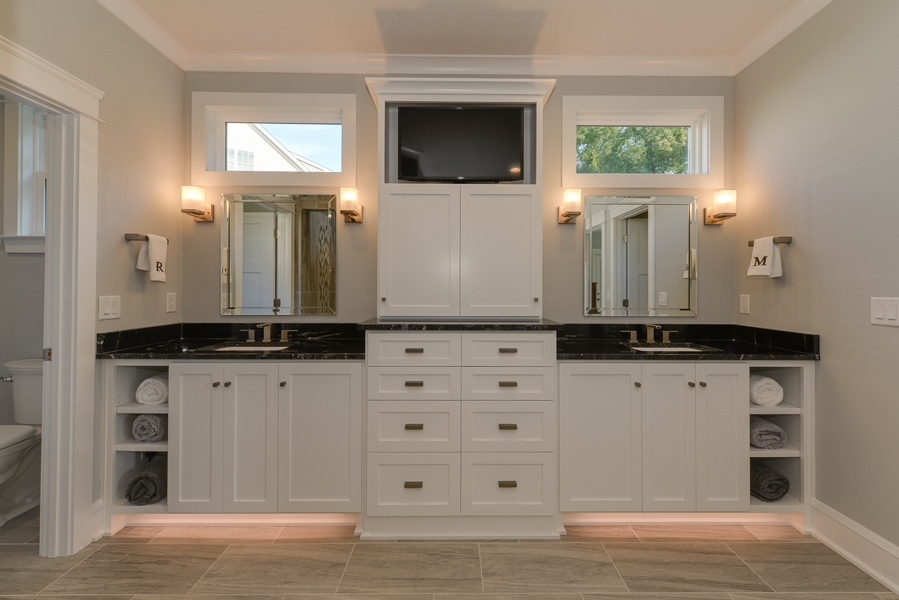 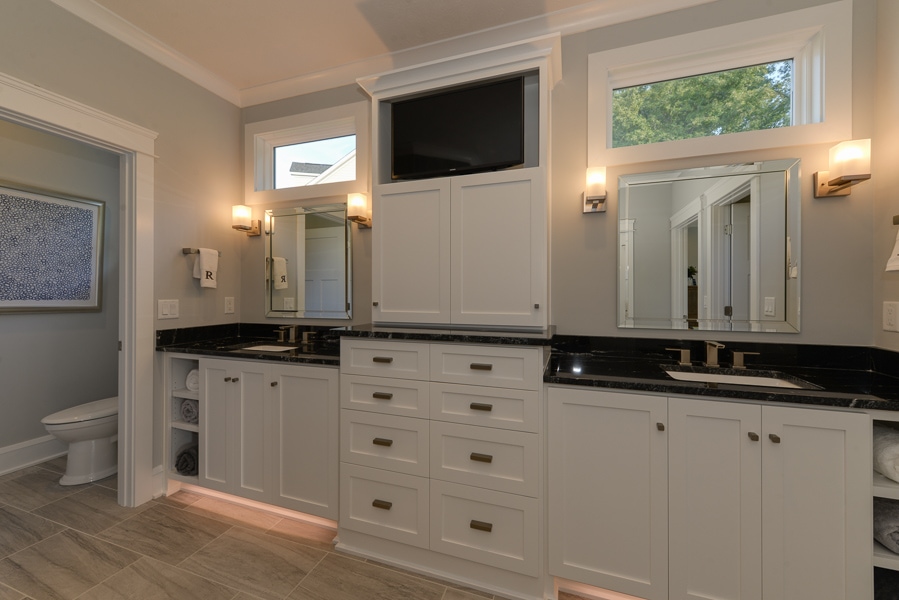 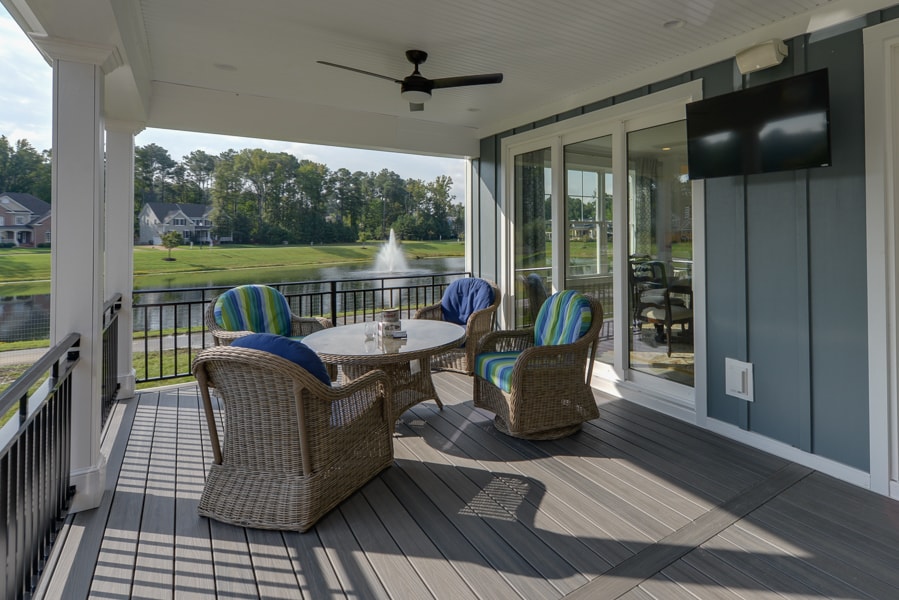 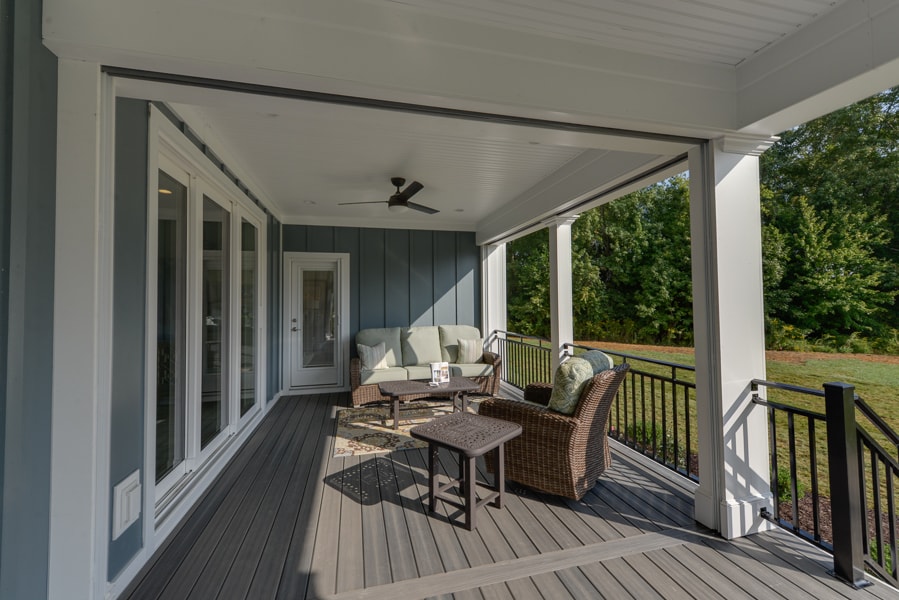 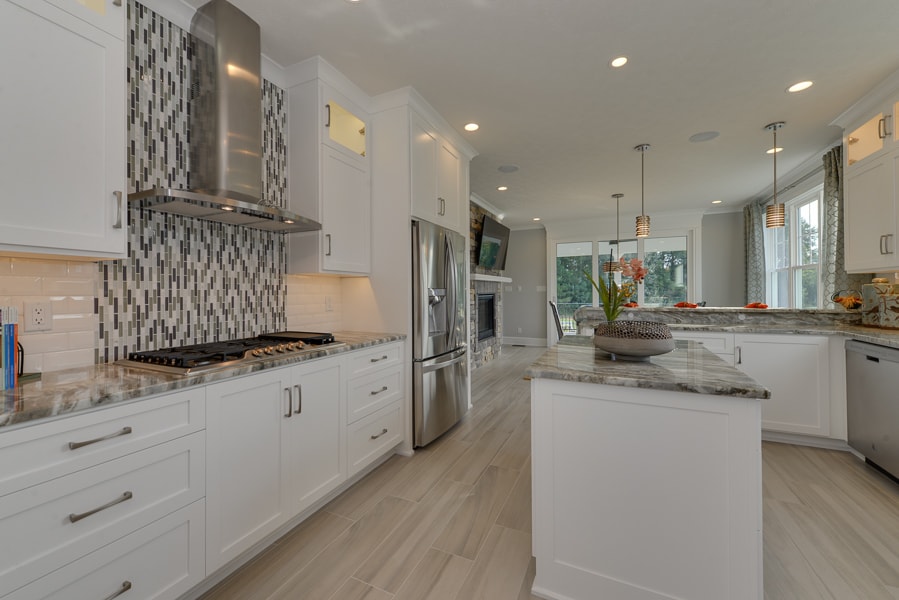 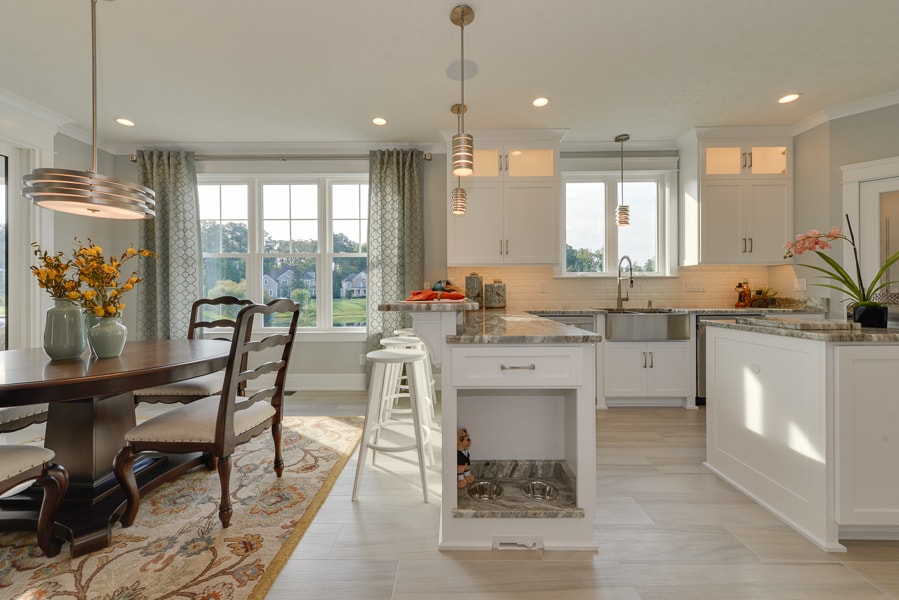 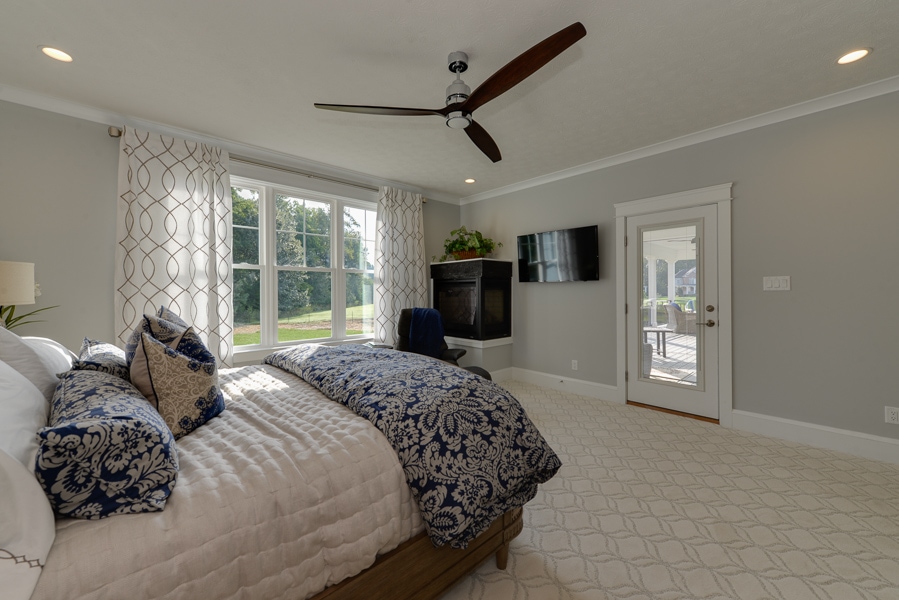 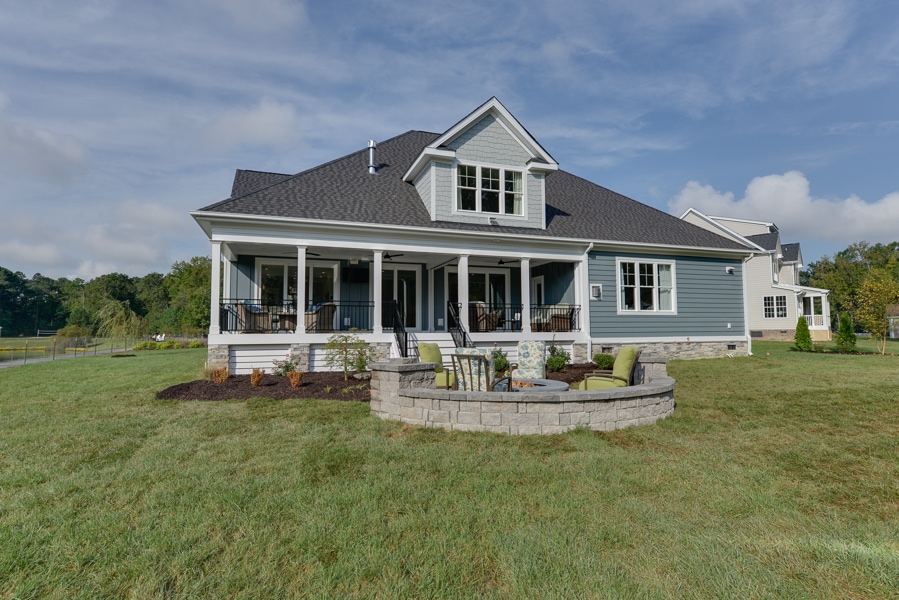 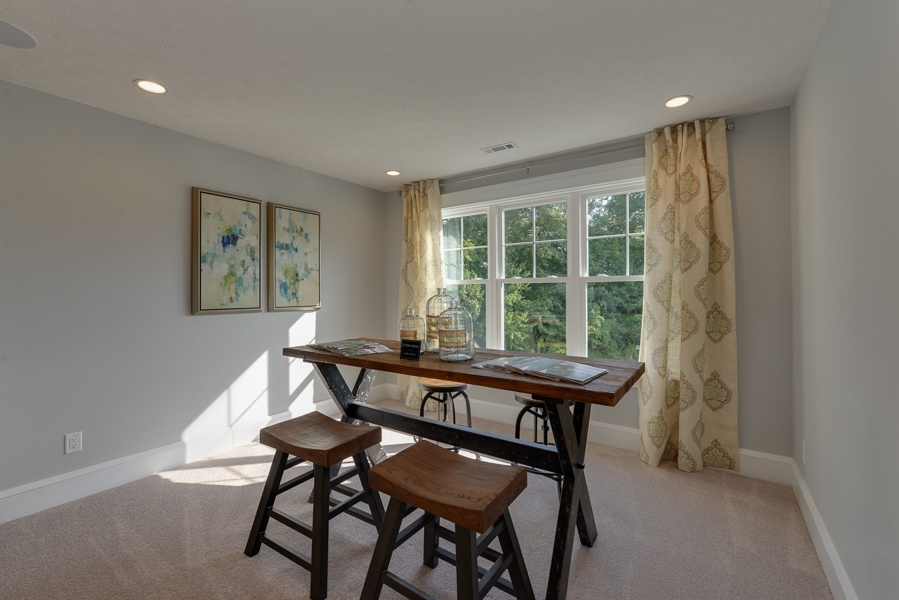 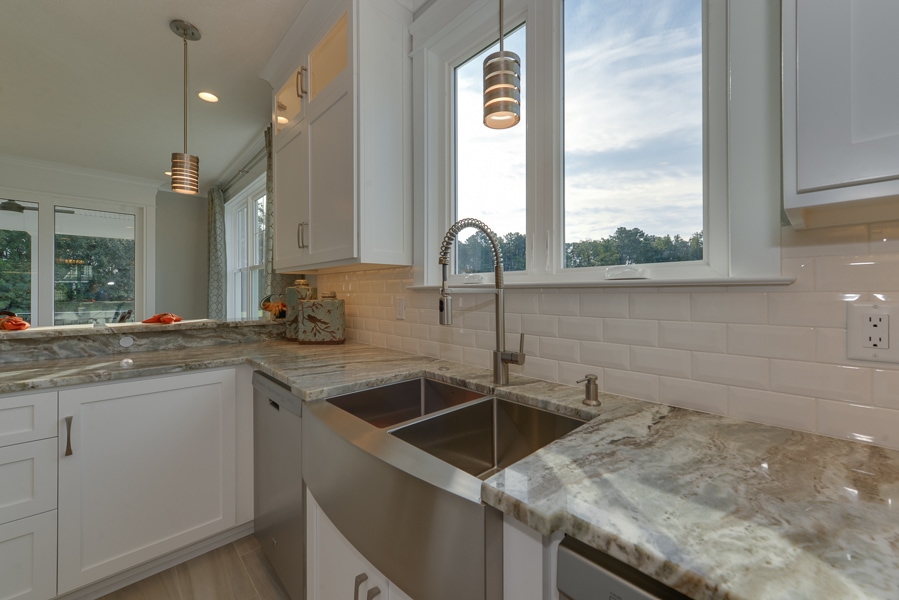 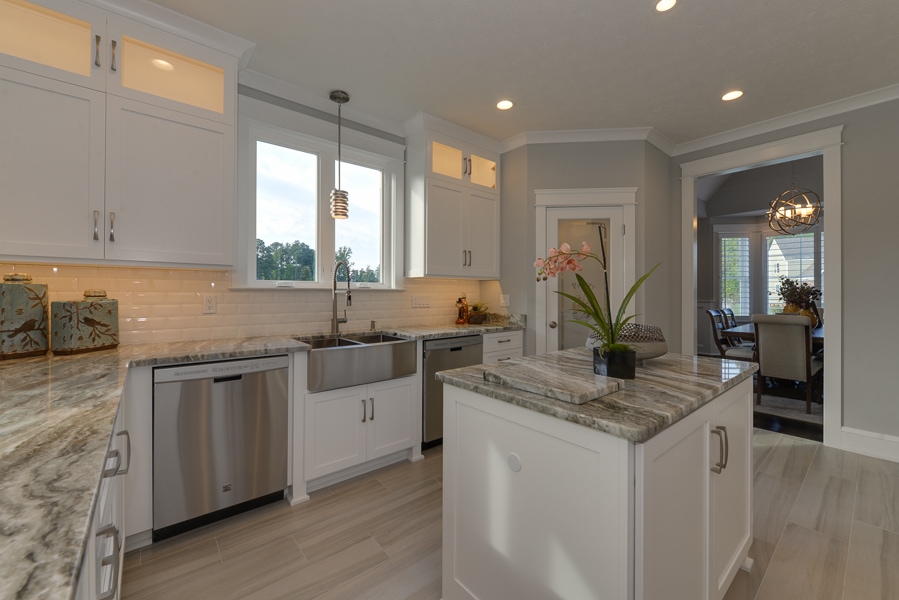 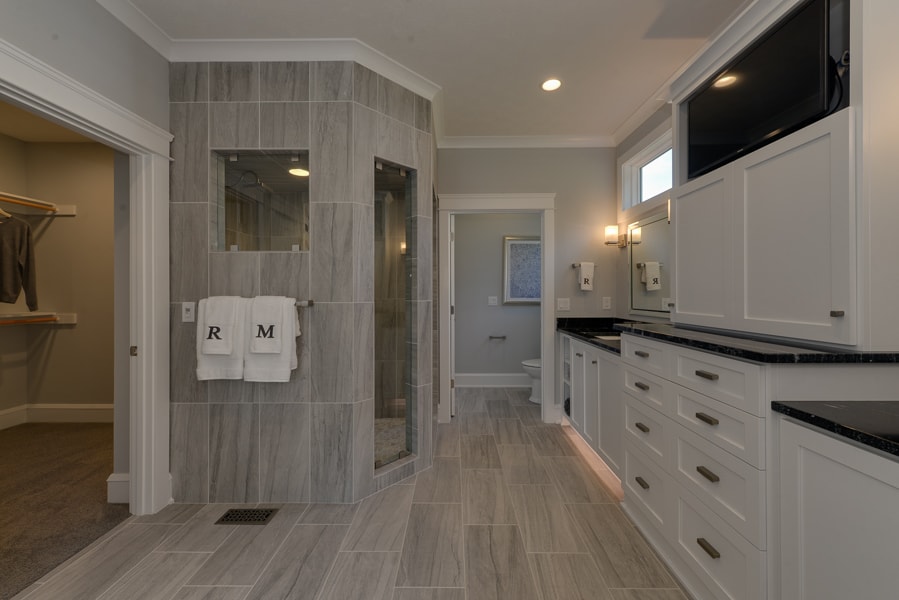 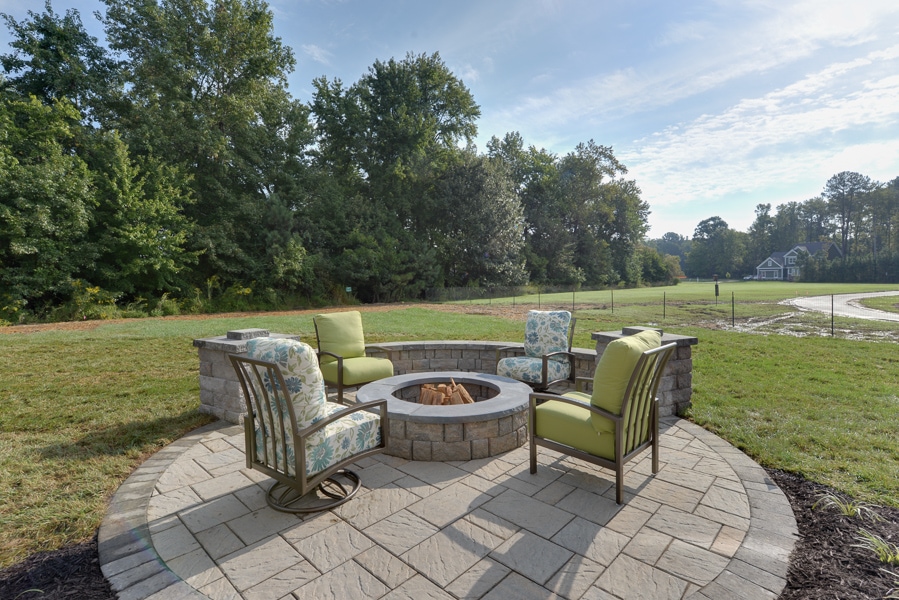 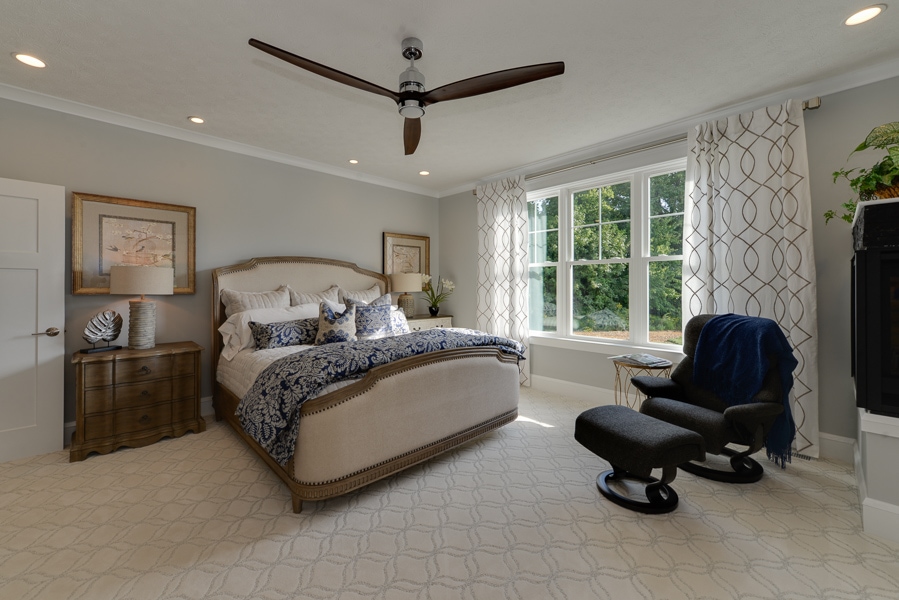 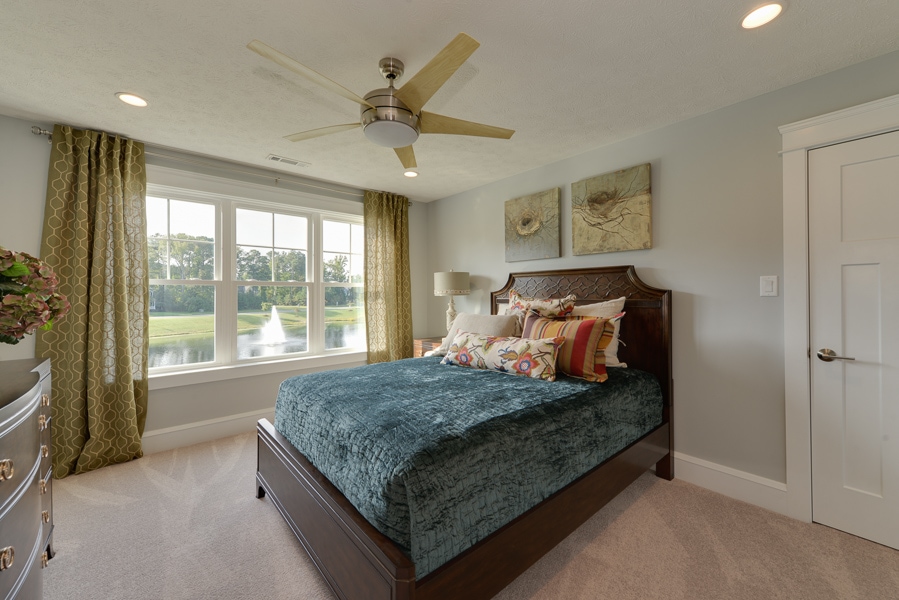 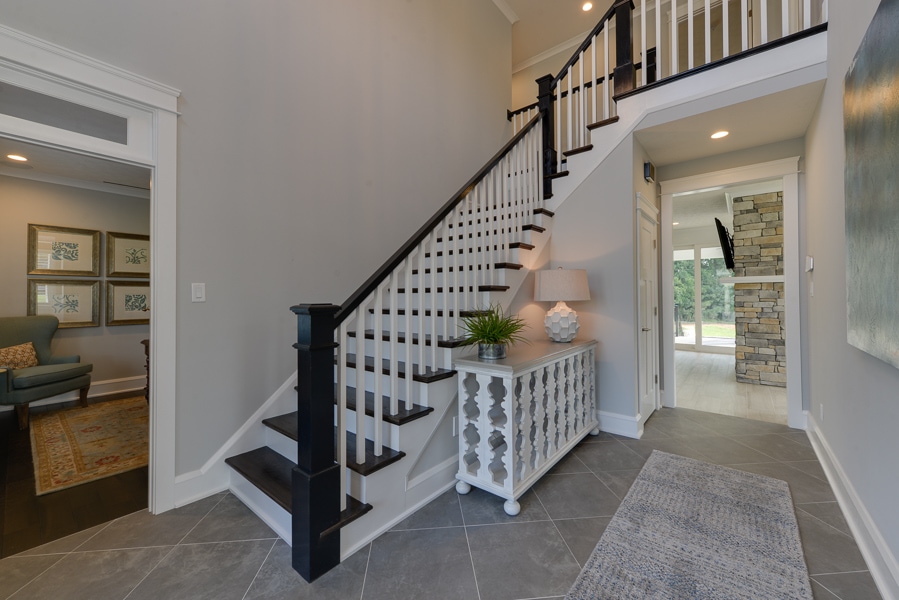 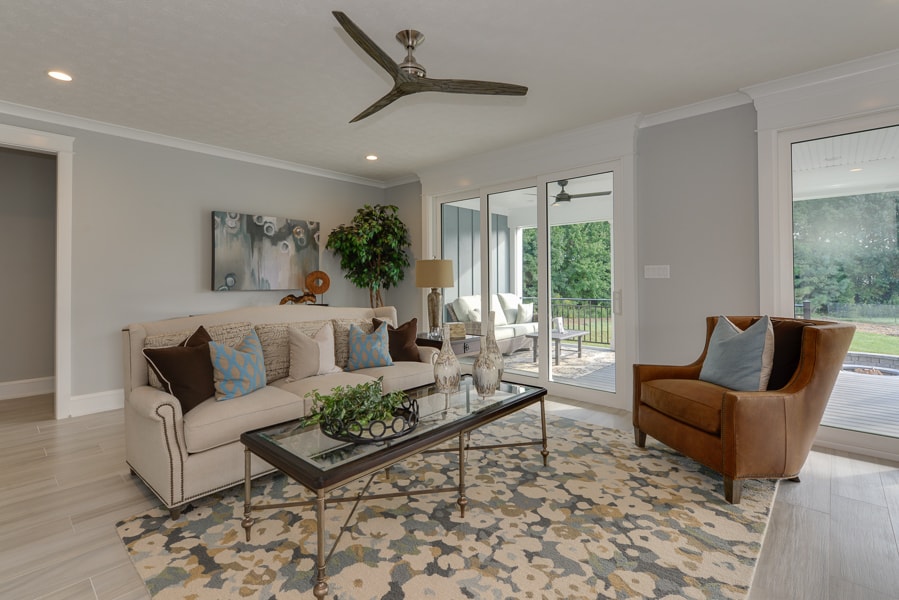 A HOME WITH EXTRAS
"After interviewing and getting bids from five builders we picked Edgerton Contracting! Ricky was the most flexible and the most reasonable. Now we have a quality home with all the extras and details we'd dreamed of!"
Capt. and Mrs. Horne
A BUILDER... AND FRIEND
"Most people can say they really like their custom home when they move in. We not only love our home but we developed a terrific friendship with Ricky & Maryann. If you can say that you like your builder as much after the project is completed as you did initially that mean something"
Ed & Myrna Frankle
QUALITY OF CONSTRUCTION
"We were impressed with the quality of construction, this coming from a fellow contractor. He obviously has an talent for pulling together a rather complex design concept into one that is beautifully simple"
Ken Frantz
TO THE RESCUE AFTER STORM DAMAGE
" When our home was extensively damaged during hurricane Isabel we hit the yellow pages in search of a contractor. It was to our good fortune that we came across Ricky Edgerton. He literally came to our family's rescue. Our home is almost completely put back together. We could not have made a better choice."
Skip & Patti Ferebee
COST-CONSCIOUS CUSTOM HOME
"We are very pleased with the beautiful home the Rick Edgerton built for us and are pleased with his work. He is very experienced, has great ideas to make your house "extra special" and is very honest in his business practices. He also strives to keep cost down."
Len & Diane Shartzer
Previous
Next

Add an optional description to your map pin

With waterfront property, huge recreational areas and natural parks, easy access to local restaurants and other amenities, there’s so much to love about  this new community in Yorktown, Virginia.

Edgerton Contracting is a full-service home remodeling and building company serving Tidewater Virginia, including Yorktown, Newport News, Hampton, Poquoson, Williamsburg, James City County, and other parts of the Peninsula / Hampton Roads. Need the kitchen updated? Want to add on a bedroom, sunroom or deck? Edgerton Contracting creates the home of your dreams by including that extra touch. We're a Class A licensed contractor in Virginia and Parade of Homes winner many years running.

Towne Mortgage NMLS #91904 / Towne Mortgage. Equal Housing Lender. Links and content are being provided for informational purposes only. Towne Mortgage has no control over any other website and is not able to endorse, guarantee or monitor content, availability, viewpoints, products or services that are offered or expressed on any site other than this one.

Edgerton Contracting Inc. is a Class "A" licensed building contractor based in Yorktown, VA. ​

President Ricky Edgerton has been in business for two decades. Ricky’s style is very unique and he tries to incorporate it every chance he gets. We don’t limit ourselves to anything and we always try to go above and beyond for our homeowners so they feel as if their house has that “extra special” touch to it.

Ricky is a two-time past president of the Peninsula Housing and Builders Association (PHBA) and has been an active board member. He also stays very active within his community.

Edgerton says that this philosophy of building is, “Give the customers a good quality product and plenty of attention. I love working hand-in-hand with the customers. I feel like they deserve that when building a custom home. By hearing firsthand what their needs are and how they want things done, I can help them develop their plans and personally see that they are carried through to their satisfaction.”When I talk to potential homeowners,” he says, “I hope that they will perceive my honesty and the quality of the product that I can give them. I feel that I do things in the process of construction that some other builders don’t do. I try to establish a level of trust by being a good listener and taking care of the concerns that they have. Typically the homes we build are last homes. The homeowners are retiring or are in their later career stages. They are building the home they’ve always wanted. I do everything I can to accommodate their needs.”One of the ways to judge a builder is by his relationships with his suppliers and subcontractors. Ricky has found those who fit his building style and quality needs. He has stayed with them since the beginning.

“I work well with them, and I feel that it’s a good reflection on me that they are still with me. I pay them well, they know what I expect and they do the same quality work for me consistently. I never have to be concerned about how I am going to sell a customer on my homes, because I know the quality is going to be maintained year in and year out.”

Ricky Edgerton wanted to build his own home when he was 22. He got together with a friend who was in a family-owned small building business with his father. With the help and guidance from them, Ricky built his first house for himself. That was in 1980. He worked at Newport News Shipbuilding by day, and around 1987 started buying foreclosed properties that he could fix up and sell in his spare time. As foreclosures became fewer with a better economy, Ricky decided to get his Class A Contractor’s License and build new houses. He still worked at the shipyard and built on the side until 1994 when he started building full-time. Ricky’s experience of tearing older houses apart and seeing how they were built intrigued him.

“Typically it takes about two months to develop the plans for a custom home,” says Ricky. “We usually have a preliminary meeting from a reference by one of my existing homeowners or possibly from one of my site signs in a neighborhood where we are building. We sit down and do some rough idea sketches, then send the sketches to an architect for drawings. After further meeting and finalizing the plans, we ask for six months to build the home. We can usually bring them in early around five months, but I like to allow for unforeseen problems like bad weather.” RICKY AT HOME

Ricky Edgerton grew up in Hampton. He went to Bethel High School where he was active in baseball, football, and basketball. Around 2000, he moved to York County.

“We sold the house we were living in and had to move rather quickly, so I purchased a house from another builder. The builder and I are still friends,” he adds. Ricky has three grown daughters, Renea, Jenny (pictured with him at right), and Gabrielle, and one son, Joshua.

The Towne Mortgage of the Carolinas Listing Edge allows you to add to your agent remarks on the MLS.

For Example: “Buyers to receive a lender credit of up to $1,000 closing costs/prepaids if they use [Loan Officer Name] at [Phone Number] with Towne Mortgage of the Carolinas.” Furthermore, if your seller becomes a buyer then they too can enjoy the same lender credit towards closing costs/prepaids if they use Towne Mortgage of the Carolinas for their financing needs.